This site is the birthplace of General Gang Gam-chan (948-1031) who was a great commander during Goryeo Dynasty. According to a legend, a big star fell from the sky on the day he was born, so his birthplace was named Nakseongdae (meaning a place where a star fell down). At the site, there used to be a 3-story stone pagoda belonging to the Goryeo Dynasty, indicating the location of Nakseongdae. However, when Nakseongdae Park was constructed in 1973, the pagoda was moved to Anguksa Temple, and a 2m-tall memorial stone was erected in 1974 to mark the historic site. 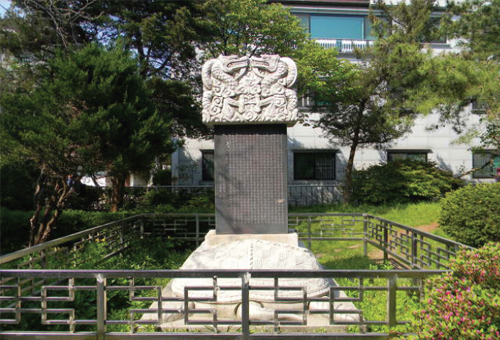